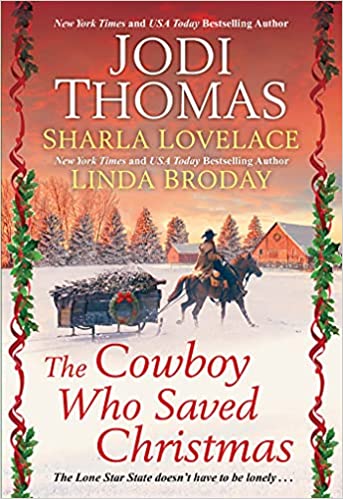 THE COWBOY WHO SAVED CHRISTMAS

The Lone Star State doesn’t have to be lonely… Headlined by New York Times and USA Today bestselling authors Jodi Thomas and Linda Broday along with Sharla Lovelace, a holiday-themed Western historical romance collection featuring three Texas-set stories of romance and adventure. The Civil War is over, Christmas is coming—and it’s time for three rugged cowboys to hang up their spurs and find their true loves.

FATHER GOOSE
New York Times and USA Today Bestselling Author Jodi Thomas
Dispirited by war, when Trapper Hawkins accepts a job hauling five little rich girls to Dallas, all he cares about is the money. He doesn’t expect they’ll awaken his spirit—or that their intriguing nursemaid, Emery Adams, will awaken his heart. And when danger strikes as Christmas Eve nears, he definitely doesn’t expect Emery and the girls to risk their lives—for him…

THE MISTLETOE PROMISE * Sharla Lovelace
A catastrophic storm, an ailing herd, and a failing cattle ranch have left Texas rancher Josie Bancroft in danger of losing everything her father worked for. Still, she’d rather die than merge with her neighbor rancher Benjamin Mason, the man who broke her heart years ago, on Christmas Eve. As old sparks fly and secrets are revealed, however, Ben is determined to help Josie—and prove that this time around can be different. That the misunderstandings of Christmas past need not define their future…

ALMOST CHRISTMAS
New York Times and USA Today Bestselling Author Linda Broday
Noelle Blessing owns Blessing Falls, Texas’ local candy shop, The Sugar Spoon. But despite her festive name and delicious occupation, Christmas doesn’t promise to be sweet this year—thanks to the curvy confectioner’s resentful ex-fiancé. When he shows up at the town’s holiday dance spoiling for trouble, Noelle grabs the nearest cowboy to partner with. Cord Dalton is more than happy to play the hero—and the new boyfriend too. And by the time an unexpectedly white Christmas rolls around, what began as pretend might just be the equally unexpected gift of the real thing… 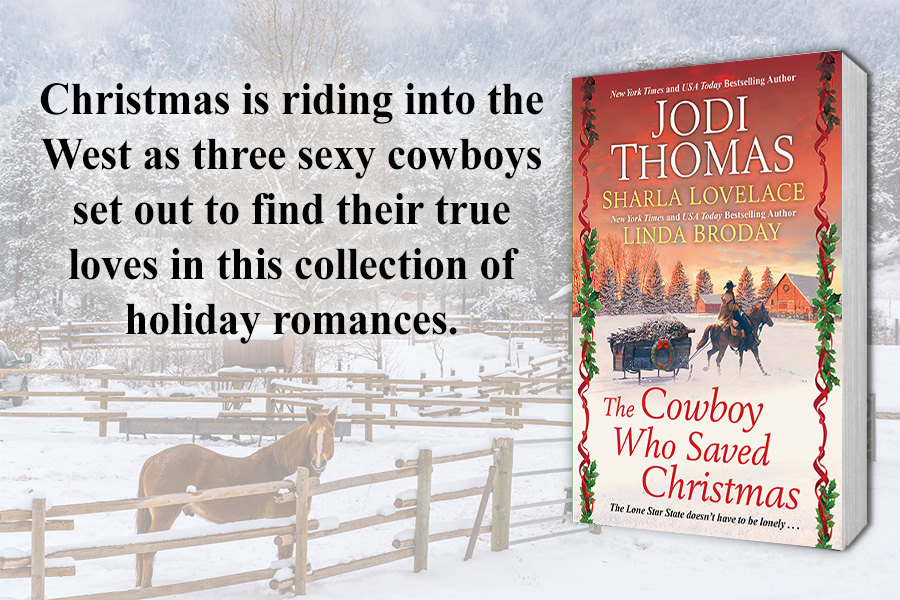