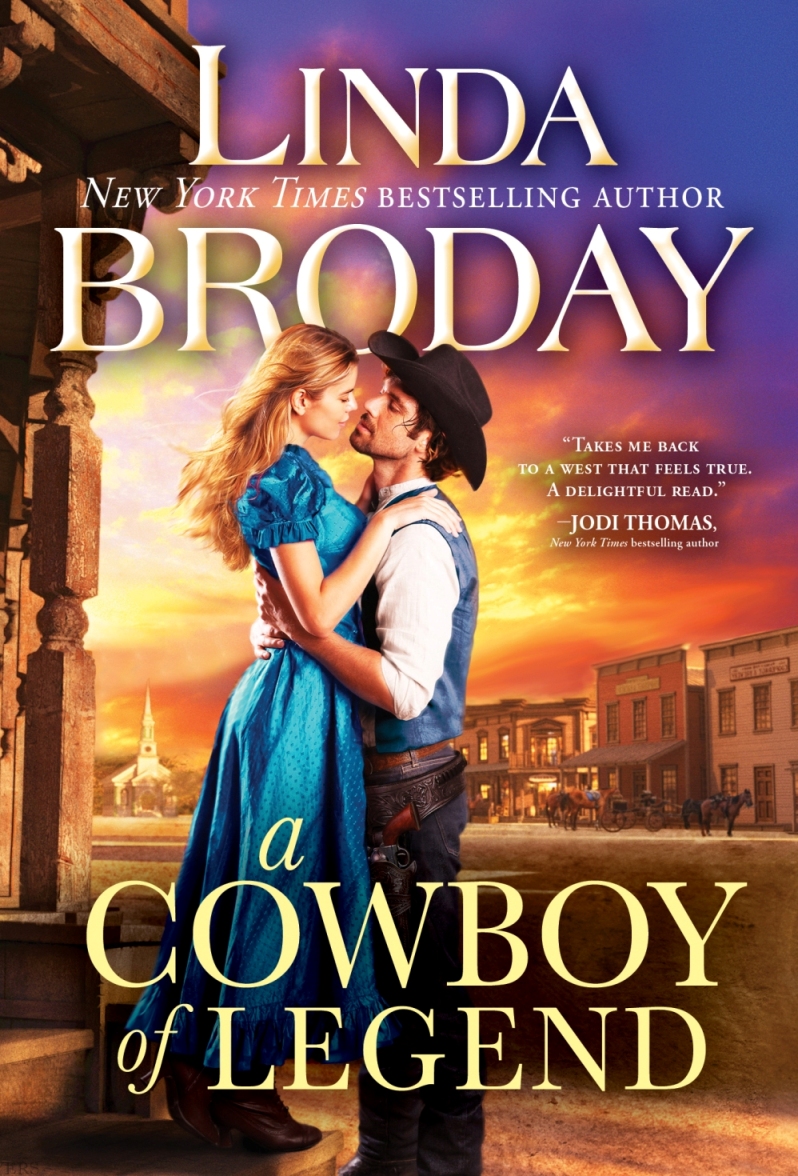 A COWBOY OF LEGEND

It’s time for a new generation to become Legend.

They lived in a time of great upheaval, where ordinary men and women could become the stuff of Legend, with:

Deacon Brannock is determined to make a name for himself and the saloon he’s worked his whole life to afford. Nothing has ever come easy but this time he’s going to make it come hell or high water. Then the women from the Temperance Society descends on him. He was prepared for life in the Wild West, but he hadn’t counted on Grace Legend…

Grace has always fought hard for what she believes in, and after her best friend is killed at the hands of her drunk and angry husband, that includes keeping alcohol out of her town. When the owner of the new saloon turns out to be a kind and considerate man, she can’t help but wonder if they could have a future together…if they weren’t on opposite sides of every darn issue.

“Destroyer of men’s souls! Beware the pitfalls of the devil’s brew!” Grace Legend held up her sign and directed her loud yells into the murky interior of the Three Deuces saloon.

A gust of wind delivered the stench of the nearby stockyards up her nose and a swirl of dirt to her eyes. She blinked several times to clear the grit as two dozen Temperance women behind her took up the chant, banging drums and shaking tambourines.

A surly individual went around her and reached for the batwing doors. Grace swatted him with her sign. “Get back! Back, I say. This den of iniquity is closed to the likes of you.”

Built like a bull and smelling like the south end of a northbound steer, the man narrowed his gaze and raised a meaty fist. “This here’s a free country and I can go anywhere I like.”

Gunfire rang out down the street and a woman screamed. Grace was glad she’d stuck a derringer in her pocket. This section of town saw killings every day even though the citizens Fort Worth cried for someone to clean it up.

She wanted to take a step back from the surly man worse than anything. She really did. He had meanness rolling off him like thick rancid snake oil. But giving ground wasn’t in her make up. Not today and not as long as she was alive.

Grace sucked in a quick breath, shot him a piercing glare and parked herself across the doorway. “I bet your wife would like to know where you spend your time when you should be working. Shame on you wasting your money on whiskey.”

“I earn it and I’ll spend it however I see fit. Now step aside,” he snarled and raised a fist.

“Or else what?” A voice in Grace’s head warned that this course of action could be dangerous, but she never listened to that boring bit of reason. No, she saw it her right and duty to make a difference in the world and make it she would. She couldn’t do that sitting on her hands like some timid toad afraid to utter a sound.

At least a half dozen gunshots rent the air and people ducked. A crowd had begun to gather and pressed close. They got into a heated shouting match with her ladies.

Before she could move, the quarrelsome fellow barreled into her, knocking her sideways. Grace launched onto his back and began whopping him with the sign. However, the handle was too long for close fighting and none of her blows landed.

She released a frustrated cry and wrapped both arms around his head.

“When hell freezes over, you moron.”

A door banged and footsteps of someone new approached and yanked the two of them apart. “Hey, what’s the meaning of this?”

“Send her packing, Brannock!” someone yelled. “Don’t let her run you out of business.”

Chest heaving, she jerked at the bodice of her favorite royal blue dress that matched her eyes, straightening it before grabbing the immense hat that barely clung to one side of her head. She blew back a blond curl that fell across one eye blocking her view. Only then did she get a glimpse of the gentleman whose livelihood she meant to destroy, and the sight glued her tongue to the roof of her mouth.

That he presented a handsome picture with coal black hair and a lean form was indisputable, but it was more than that. A Stetson sat low on his forehead—a cowboy? Grace did a doubletake. Saloon owners wore bowlers, not Stetsons. She was unable to move her gaze from his piercing eyes. Shadowed by the brim of his hat, they reminded her of smoke. The stormy gray depths warned of the danger of crossing him.

Grace took in his silk vest of dark green like those of gamblers. Her gaze rested on a well-used gun belt slung low on his hip complete with what appeared a long Peacemaker. By now, most men left their firearms at home. However, having grown up with weapons of all kinds on the Lone Star ranch, she understood the need to sometimes keep a gun handy. Although crime in the rough area had begun to decline, running a saloon at the edge of Hell’s Half Ace was still a risky business.

She patted the small derringer in her pocket to make sure it hadn’t fallen out.

Mr. Smelly glared, wiping blood from his forehead. So, she did get a lick in. “This churlish fishwife assaulted me, and I demand you do something.”

“Churlish fishwife?” Grace swung her sign again—only it caught the tall saloon keep instead, knocking him back a step.

Towering head and shoulders above her, Brannock snatched the sign from her hand, broke it over his knee, and pitched the pieces aside. His eyes had darkened to a shade she’d never seen before and had no words to describe. “Care to explain why you’re running off my business, lady?”

The question came out silky and wrapped in velvet like her father’s did when he wanted to put the fear of God into someone. That frightened her far more than yelling. This cowboy saloon owner was someone to reckon with.

Although quaking inside, Grace drew herself up and thrust out her chin. “I’m asserting my God given right to free speech.”

“You tell him, Grace!” one of the women yelled.

“Free speech about?” he snapped.

“The evils of drink. It’s destroying the fabric of our society and wrecking homes.”

“And it’s your duty to straighten us men out?” he barked.

She inhaled a shaky breath. “As much as I’m able. I cannot turn a blind eye to hungry kids and wives bearing the scars of abuse.”