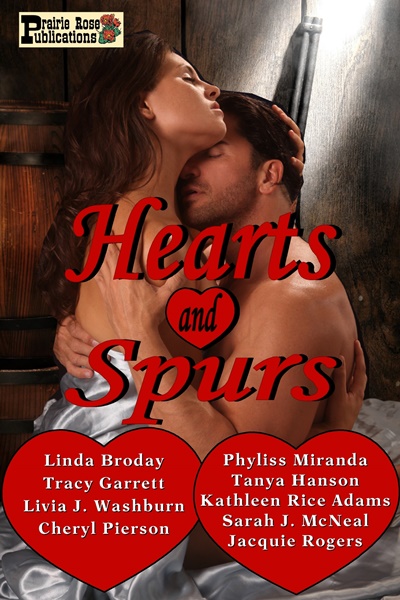 Nine western romance stories that are sure to tickle your fancy.

Skye O’Rourke thinks her imagination is playing tricks on her when she sees a man emerge from the shimmering desert heat. No one would willingly take a stroll under the scorching sun with a saddle slung on his back. She’s shocked to discover it’s Cade Coltrain, a man she once gave her heart to only to have him give it back.

He simply asks for a place to rest up and then he’ll be on his way. A man running for his life has no right to more than that, especially when it involves the only woman who has the ability to make him whole again. If only he could stay. A lifetime would be too short with her. But he was beyond redemption.

Yet, the magnetism between them is too strong and they discover the love they once had still burns.

But, can she trust him not to abandon her this time? Trusting each other seems the only way they can survive. And love might just save them if they believe….

Cade Coltrain was a dangerous man. He’d always been someone to reckon with, but adding in the hardness that swept the length of him now he could put the fear of God in a man with only a look.

In her heart, she knew the truth. He’d become a gunfighter.

But, it didn’t matter. Nothing did.

A sudden need to be held in those arms washed over her. She rested her head on the thick window pane and let the tears fall.

The loud ticking clock reminded her she had dishes to do. Raising her head, she brushed away her tears. Glancing out the window once more, she found Cade standing beside Matthew’s grave with his head bowed.

What would he say to the brother who’d married the woman Cade had cast aside when adventure called?

She prayed he’d move on soon, before she gave in to the desire that created such a powerful ache in her body.

Just to be held again, feel warm breath on her cheek; lay her palm on the hard muscles that rippled beneath the skin. Those desires were something she couldn’t put a price on. But they were the things she’d buy, if only she could.

Skye wanted to be a woman again. Someone cherished.