Christmas and New Year are over and I’m so excited to launch The Outlaw’s Mail Order Bride on Jan. 29th! This begins a new 4 book series called Outlaw Mail Order Brides.

Can you imagine a town full of nothing but outlaws?

Can you imagine that a woman with no place to turn would find safety and security with these men?

I can answer both of these questions with a resounding yes.

Clay Colby (you first met him in The Heart of a Texas Cowboy) is bone-weary of running, hiding. He yearns with every part of his being to settle down with a wife and have a family. He wants to be normal. So he decides to build a town on the site of an old hideout in the Texas Panhandle called Devil’s Crossing. While he builds, he begins writing Tally Shannon. She and a group of women are hiding out in Deliverance Canyon after escaping the Creedmore Lunatic Asylum. They’ve been branded and now hunted like animals.

Tally and these women first make an appearance at the end of Men of Legend Book 1 – To Love a Texas Ranger. Outlaw Luke Legend had been looking out for them and providing food, clothing, and medicine then slowly his brother, Sam, took over. So this series is a spin-off of Men of Legend and Luke opens his private bride service for men and women who can’t advertise for mates the normal way. 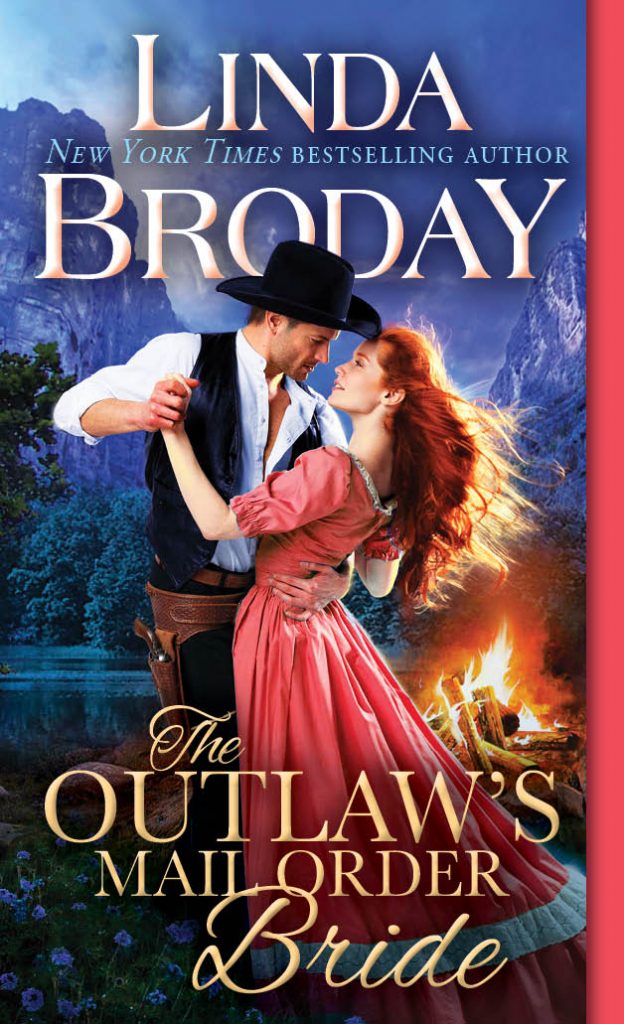 Tally is tired of living in the shadows and wants more for herself and her band of fugitives. For once she wants to know what it’s like to have someone care for her—to have strong arms around her, to be safe. After much thought, she agrees to marry Clay and help him build his town that she later renames Hope’s Crossing.

Yet, their marriage isn’t easy. She finds it very difficult to trust Clay, to trust any man for that matter and friction develops.

I’ve thought a lot about the line between outlaws and lawmen on the American Frontier and find that it was often blurred. A man could be a sheriff or U.S. Marshal one day and a fugitive outlaw the next, depending on the circumstances. He could also be an outlaw and move right into a lawman job.

The American Frontier was comprised of millions upon millions of acres of raw land and there were no laws, no courts, and little or no government. The only lawmen were forced to cover huge sections and there was no way they could.

The law was often only what a man could find for himself. The quickness of his gun determined the outcome.

To get an idea of what I’m talking about, consider this: A man is minding his own business and taking care of his family when someone rides up and shoots his wife and children. He catches the murderer and kills him. He’s branded an outlaw and puts him on the run. Then maybe one of the railroad or cattle towns need help to curb the lawlessness so they hire the man. He goes from outlaw to lawman.  And vice versa. There are plenty of real life examples.

Many such men straddled the fence, being whatever anyone wanted. Wild Bill Hickok, Wyatt Earp, Doc Holliday, Virgil Earp, Bat Masterson, and Pat Garrett to name a few. You might say they were the good “bad” guys.

That’s what Clay and his friends are. Sure, they’ve killed but they’ve killed for the right reasons. They were the law where there was none only now they want to give up their role.

But will others let them?

If you’ve read an early copy of the book, tell me your favorite part or favorite character. Or talk about outlaws. What is your view?